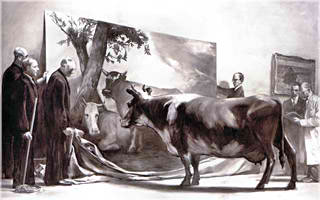 Few in the auction business are unfamiliar with the term, “Caveat emptor” which denotes in Latin, “Let the buyer beware.”

The practical matter of caveat emptor is that buyers should be alert to omission, deception and misrepresentation in transactions, including auctions.

Nearly all states sanction auction sales under the premise of caveat emptor so long as the buyer has reasonable opportunity to inspect what is being auctioned, and there is no fraud on the part of the seller. Additionally, some states mandate certain seller disclosures are made part of any auction (especially real property) transaction.

The famous United States Supreme Court case, Laidlaw v. Organ, 15 U.S. 178 (1817), first established caveat emptor in the United States. Basically, the Court ruled that a seller withholding information that is calculated to deceive the buyer can cause a contract to be void on equitable grounds. Yet, the Court added that such disclosure:

“Was not necessary where the means of intelligence are equally accessible to both parties; however, at the same time, each party must take care not to say or do any thing tending to impose upon the other.”

For auction buyers, the Laidlaw v. Organ case suggests that sellers only have to disclose anything about what is being sold at auction if such disclosure involves information for which the buyer would not have access.

Modern courts have ruled, as we noted in our story about The effect of the “as-is” clause that auctioneers and auction sellers must disclose latent defects as well as any hazardous or harmful issues about what is being sold — in spite of the caveat emptor doctrine.

As buyers are bewaring, it occurs to us that there are three (3) distinct things buyers should ensure before they buy at auction:

To illustrate these three (3) tenets above:

The caveat emptor laws and court decisions in the United States allow sellers to sell at auction with some insulation from liability to buyers. For buyers, these same laws say, beware.

Mike Brandly, Auctioneer, CAI, AARE has been an auctioneer and certified appraiser for over 30 years. His company’s auctions are located at: Mike Brandly, Auctioneer, Keller Williams Auctions and Goodwill Columbus Car Auction. His Facebook page is: www.facebook.com/mbauctioneer. He is adjunct faculty at Columbus State Community College and is Executive Director of The Ohio Auction School.

1 thought on “Caveat emptor and auctions”