I am currently consulting with an attorney in a far southern state about their auction laws and a related court case. 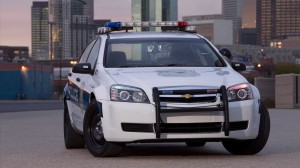 The traditional car could sit along the road and deter people from speeding, (for example) as drivers would see the police car and slow to at or near the speed limit.

The undercover car could sit along the road (or more likely a secluded spot near the road) and catch people speeding, as drivers would not see the police car and have no clear reason to slow down.

However, some argue that the undercover car helps better to prevent crime because once drivers are aware that unmarked hidden police cars are being used, they tend to drive slower because they don’t know when a police car may be in the immediate area.

And, on the contrary, the traditional police car only deters crime when it is visible. Drivers might infer that when the traditional car is not visible, it’s not there and that the speed limit will be unenforced for the moment.

Which brings us to our topic today: How auctioneers are regulated. It seems some state regulatory agencies (auctioneers are only licensed in about one-half of the states in the United States,) try to prevent auctioneer misbehavior, while others endeavor to prosecute auctioneers when they misbehave.

Our premise of this discussion rests on a common theme in regulatory duty — to protect the public. Which protects the public more … preventing crime or prosecuting crime?

Let’s consider an example, considering our “protect the public” directive:

Say a state which licenses auctioneers has a law which reads, “Per 561.2.3(b) Auctions cannot be conduced which materially misrepresent the type of auction.”

Ed is an auctioneer and has an auction advertised as absolute. Yet, his advertisement notes in small print near the bottom that some items are selling with reserve. The regulatory department notices the advertisement and has two choices:

On the contrary, the second action allows the auction to take place — presumably harming the public with unrepresentative advertising — thus not protecting the public from such.

And we note again, the regulatory agency’s job is to protect the public.

One argument remains that in the first scenario above, Ed hasn’t violated the law yet — so the regulatory agency isn’t under any obligation to notify him. As the statute reads, he can’t conduct an auction with this advertising; not that he can’t advertise this way prior …

But if the regulatory agency’s job is to protect the public, isn’t it their job to notice Ed as all indications are he will be violating the law and harming the public if this auction is conducted? Maybe there’s more to this question?

Regulatory agencies (and state treasuries) depend on income. Likely Ed will pay a fine if he conducts this auction, which will enrich the agency, where noticing him in advance will generate no fee?

Similar to our police cars — the well marked and visible lighted car likely prevents speeding but generates no fines, while the undercover car can help enrich the state’s coffers — and further substantiate the need for police officers and their cars.

If you are an auctioneer in a license state, how does your regulatory agency behave? Do they want to prevent crime or prosecute crime? Do they really demonstrate the directive of protecting the public? Does their state law or state’s policies allow them to truly protect the public?

The attorney remarked just the other day, “In other words, are they protecting the public or protecting themselves?” Good question.

Mike Brandly, Auctioneer, CAI, AARE has been an auctioneer and certified appraiser for over 30 years. His company’s auctions are located at: Mike Brandly, Auctioneer, Keller Williams Auctions and Goodwill Columbus Car Auction. He serves as Adjunct Faculty at Hondros College of Business, Executive Director of The Ohio Auction School and Faculty at the Certified Auctioneers Institute held at Indiana University.