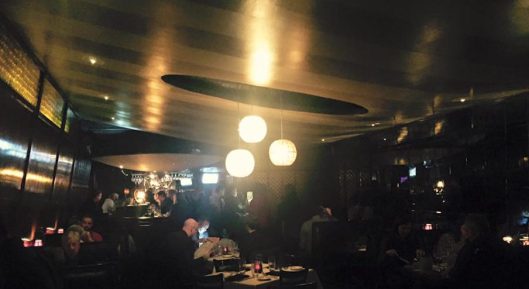 I’m an auctioneer, and also somewhat of a bon vivant — a foodie of sorts; I’m blessed to have eaten at some of the best restaurants in the United States from Maine to California. I’ve often remarked “my” four food groups are steak, seafood, chicken and pork.

The same for auctions — bidders in the company of many other bidders feel energized in thinking “they are at the right auction,” or “they are rightly interested in a certain property.” Akin to that … busy restaurants likely have better food.

Likewise, if an auction has a small turnout, bidders start to think “maybe we’re not at the right auction?” or “maybe there’s something bad I don’t know about that property I’m interested in?” Ever walk into an empty restaurant and think “Maybe we shouldn’t eat here?”

Indeed auctions are like restaurants — the more customers, the more profit and the more people participate in what that restaurant (or auction) is offering.

Mike Brandly, Auctioneer, CAI, AARE has been an auctioneer and certified appraiser for over 30 years. His company’s auctions are located at: Mike Brandly, Auctioneer, Real Estate Showcase and Goodwill Columbus Car Auction. He serves as Distinguished Faculty at Hondros College of Business, Executive Director of The Ohio Auction School and Faculty at the Certified Auctioneers Institute held at Indiana University.