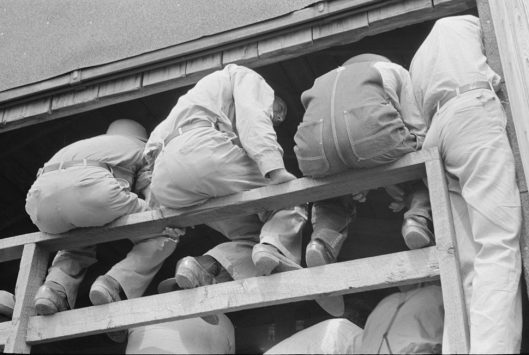 We have held nearly our entire auction career that auction disclaimers are risky business, especially if there are warranties and other like expressions used at the same time. Our first writing (of many) might have been in 2012: https://mikebrandlyauctioneer.wordpress.com/2012/05/23/auctioneer-disclaimers/

Kurt R. Bachman, Attorney and Auctioneer with Beers Mallers Backs Salin, LLP writes for the National Auctioneers Association where he addresses auction law questions. He recently discussed how auction disclaimers have limits and should be used carefully.

As such, recently a court ruled in regard to Wabash Power Equipment, Co. v. BTU State Line, LLC, United States District Court, Northern District of Indiana, 2:13-CV-202-TLS involving an auctioneer disclaiming any expressions of warranty or guarantee while at the same time describing in detail the lots in this same auction.

For instance, “This is a 2 Carat Princess Cut Diamond I Color, I2 Clarity” however, “You are held to your own inspection and our descriptions are not to be relied upon …”

So which is it? Is this a 2 Carat Princess Cut Diamond I Color, I2 Clarity or not? Is the buyer to believe the description provided or the disclaimer which says he’s not to believe it?

Here is another article (from 2015) where we described this same conflict and essentially ask the question if a disclaimer of non-reliance allows the auctioneer to lie to the bidders: https://mikebrandlyauctioneer.wordpress.com/2015/10/23/you-cant-believe-anything-i-tell-you/.

Kurt’s analysis of this ruling resulted in this advice:

Kurt went on to say that by allowing bidders the reasonable opportunity to inspect prior to bidding will make it more likely that a court of law will enforce the disclaimer. Yep, reasonable inspection opportunities are almost always prudent.

What are the lessons here?

The other clear benefit is membership in the National Auctioneers Association where Kurt and other like resources are afforded for members.