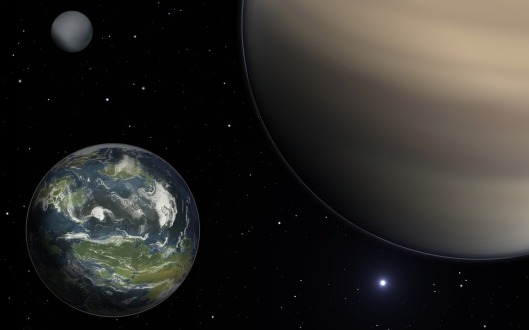 There are times that I think maybe overnight I was secretly transported to another planet. I wake up and on this new frontier and hear people saying that an auction can be both “with reserve” and “without reserve” at the same time.

First, let me clarify that this term “auction” here is just one lot, rather than the term “auction event” consisting of all the lots as prescribed in the Uniform Commercial Code § 2-328. Sale by Auction — just like it is on Earth.

Specifically, auctioneers are suggesting that the seller can consent to all his property selling “without reserve” (absolute) but the auction will be conducted “with reserve” with the auctioneer, for instance, reserving the right to withdraw before “Sold!” and/or bid for the seller.

Too I suspect these same auctioneers who can act contrary to the contract with the seller would also propose that they could contract with a seller to sell “with reserve” and then hold an “without reserve” (absolute) auction?

In either case, it would seem this right to act would be housed in the contract with the seller, given that the property belongs to him. We addressed this issue in more detail here: https://mikebrandlyauctioneer.wordpress.com/2019/02/22/is-your-absolute-auction-being-advertised-conducted-as-such/

Therefore if an auctioneer wants the authority to sell “with reserve” the seller would have to have knowledge of that, and consent to that — in the contract. If, for example, a seller did that, the auction couldn’t be without reserve, but rather with reserve.

Similarly, if an auctioneer wants the authority to sell “without reserve” the seller would have to have knowledge of that, and consent to that — in the contract. If, for example, a seller did that, the auction couldn’t be with reserve, but rather without reserve.

I note a suggestion that the seller could agree that everything is selling without [his] reserve [or a reserve of “0” (zero) dollars] (and thus the auction would be considered absolute with the seller) but that the auctioneer would have the right to proclaim a reserve or minimum bid (in turn making the auction with reserve with the buyers.)

Actually any reserve by the seller, auctioneer or other entity such as a court approval process makes an auction with reserve — not without reserve. At that point, the seller is merely giving up his right to reserve anything but is agreeing to a with reserve auction — and not making the auction absolute in any fashion whatsoever.

However, the possible issue then is that if any auction is with reserve, by state law the seller could act on a reserve even if prohibited in the contract, as generally agency contracts don’t supersede nor override state law. For an auction to be without reserve (absolute,) there can be no reserves anywhere including within positions held by the seller, auctioneer or anyone else.

And … if that seller bid without proper disclosure to bidders, those buyers would have possible recourse including taking their purchases for the “last good faith bid” or even voiding their sales altogether.

Lastly, as we all should know, auctioneers are putting the bidder [buyer] and seller together into a sales contract while bid calling and thereafter at “Sold!” (as we described here: https://mikebrandlyauctioneer.wordpress.com/2014/08/11/bid-calling-is-just-numbers/) so what are the terms of those contract formations — that the seller (through his agent) is selling with or without reserve? Said another way, here on Earth auctions are with reserve or without reserve, and maybe just as importantly … certainly not both.