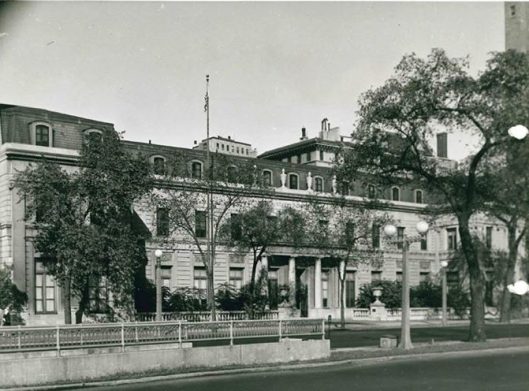 Today, we look at details from a somewhat less famous auction case known as United States v. Weisbrod, 202 F.2d 629 (7th Cir. 1953) where this circuit court ruled auctioneers/sellers could use reasonable [terms and] conditions as are necessary for the general welfare.

Whats significant about this ruling? There are unfortunately auctioneers who feel their terms and conditions can be entirely seller-favorable. For example, “We can reopen bids after, “Sold!” and bidders may not retract their bids, no guarantees, no warranties, selling absolute but only if pre-bids are high enough, and we’ll take bids off the wall against you.”

Here’s a summary of this United States v. Weisbrod with the material issues noted:

A Notice of Sale, dated May 7, 1945, was sent by the Government to Armco Mercantile Company, 77 West Washington Street, Chicago, Illinois, showing a balance due before delivery of the property in the amount of $934.92; that the custodian of the property is the Surplus Property Officer at the Denver Medical Depot, at Denver, Colorado. It further states: “Your bid for the surplus property listed below has been accepted. Payment of the balance due, if any, indicated above, must be effected and the property removed within day period specified in your bid. In order to take delivery of the property awarded, you are requested to follow the instructions in paragraph on the reverse of this notice. After these instructions have been complied with you may take custody of the property, location of which is shown above.” On the reverse side of the Notice of Sale appears “instructions to purchaser” and the second instruction therein reads as follows: “The amount indicated on the opposite side of this form as the balance due the Government over and above the deposit accompanying your bid must be forwarded to this office before the agency having custody of the property will be authorized to release it to you. It is important that the original copy of this form be returned to this office with your remittance when payment in full is received; the original copy of the Notice of Sale indicating `Payment Received’ will be returned to you and will serve as your authority to contact the Government official listed for the purpose of securing the property.”

After receiving notice of the acceptance of his bid by the Government, on the same form, he was also notified of the sale of the property to him. He has failed and refused to pay the amount he bid and to comply with the terms of his bid contract. The Government reserves the right to reject any or all bids or parts thereof, and to waive technical defects therein. The Government also reserves the right to withdraw from sale any property prior to the removal thereof without incurring any liability except to refund to the purchaser any amount paid with respect to the said property.

In Erie Coal & Coke Co. v. United States, 266 U.S. 518, 45 S. Ct. 181, 69 L. Ed. 417, it appeared that under the terms of an Act of Congress, approved July 11, 1919, 41 Stat. 105, the Secretary of War was authorized to sell supplies “Upon such terms as may be deemed best.” The sale of about 40,000 tons of nitrate of sodium was authorized to be held at public auction. The advertisement of the sale stated that the acceptance of any bid would not be final until the execution of a contract and bond, and that upon the failure of a purchaser within ten days after his bid to execute a contract, the United States might withdraw its acceptance of such bid and make other disposition of the nitrate involved, retaining any amount deposited, as liquidated damages. The advertisement further provided that the purchaser would be required, upon acceptance of his bid and before delivery to enter into a written contract, providing that the Government “at its election may rescind said sale at any time before August 1, 1922, in which event the purchaser shall immediately * * * deliver to the government * * * sodium nitrate in equal quantity with that theretofore delivered by the government to purchaser * * * and the government shall return to purchaser all money theretofore received in payment for such nitrates, and relieve him from any obligation for further payments.”

Since auctions involve both sellers and bidders/buyers, it seems reasonable to us that the Supreme Court of the United States suggesting such terms “as may be deemed best,” involved best for all parties.

In other words, the Court was likely cognizant that terms and conditions which result in no bidders is not “best.” Even if you interpret this to mean best for the seller, what’s absolutely best for the seller is to have bidders/buyers.

You might also note that Erie Cole & Coke Co sued the United States … so one could certainly argue that these terms weren’t actually as good as they could have been. We have long suggested that staying out of court should be your goal: https://mikebrandlyauctioneer.wordpress.com/2018/07/26/auctioneers-you-want-win-in-court-or-stay-out-of-court/.

We wrote about the best terms and conditions for auctioneers contrasted with what we see as odious practices widespread throughout the United States: https://mikebrandlyauctioneer.wordpress.com/2020/01/01/auctions-which-are-or-not-fair-balanced-reasonable/.